Jet Grouting is a technique of injection for soil consolidation; it is employed to stabilize, reinforce, make waterproof almost any type of soil directly in-situ by the injection, at very high velocity, of a suitable cement grout. The applications of Jet Grouting, due to compact dimensions of machinery, include, among others, construction and picking up of deep foundations, consolidation before digging of tunnels, sealing of earth dams, realization of anchoring bulbs for high capacity active and passive anchorages, construction of bottom plugs between bulkheads or into shafts, even in presence of water, and so on ... During 30 year of activity PACCHIOSI DRILL SpA has developed equipments and execution methods which make the firm obtain columnary treatments with a diameter Ø of over 4 m (MEGA JET PS3).

The various appliances of Jet Grouting technology for soil consolidation and waterproofing comes particularly suitable to solve the most important problems we can face during excavation of tunnels, particularly in difficult grounds (soft, loose or variously fractured soils) or in presence of water. In many cases, for instance when geological accidents occur, the resort to Jet Grouting treatment has proved to be the winning tool for a quick resumption and a safe prosecution of activities.

Jet Grouting technique let us face and solve hard problems in the field of dams' rehabilitation too. In fact the small impact of drilling phase let us powerfully operate even through existing structures, to realize seismic cut-off walls in the most suitable positions; normally it's not necessary to empty the basins.

ClouJet technology, developed by PACCHIOSI DRILL S.p.A., uses special anchoring passive nails provided with devices for very high velocity injection (Jet Grouting), in order to realize big diameter soilcrete bulbs to stabilize natural slopes and open cuts. ClouJet technique consists of a digging phase and an anchoring phase running alternatively. After the execution of a digging step fairly high not to compromise slope stability, immediately comes the driving and injection of a row of ClouJet anchors. After that, the surface of nailed ground is quickly faced by sprayed concrete, reinforced with double steel mesh.

It is an effective method of temporary consolidation and waterproofing, consisting in cooling the water present into ground's pores till freezing; the method has often proved to be resolutive in difficult geological situations, particularly for the presence of heterogeneous materials in fine-sized granular matrix highly permeable, under water head; the freezing of the ground is obtained owing to heat exchange with a special fluid (liquid nitrogen or brine) taken to a temperature from -20°C to -30°C.

Pipe-Jacking is a technique conceived to build mini-tunnels with a diameter Ø variable from 1600 to 2400 mm, by the thrust of prefabricated pipes, usually made of reinforced concrete. It is a technology employed to realize underground crossings of big roads, rivers, buildings, and anyhow to construct small diameter tunnels in difficult situations owing to the worse behaviour of in-situ soil or to the presence of water. The thrust is performed by a particular hydraulic station located into a proper shaft. 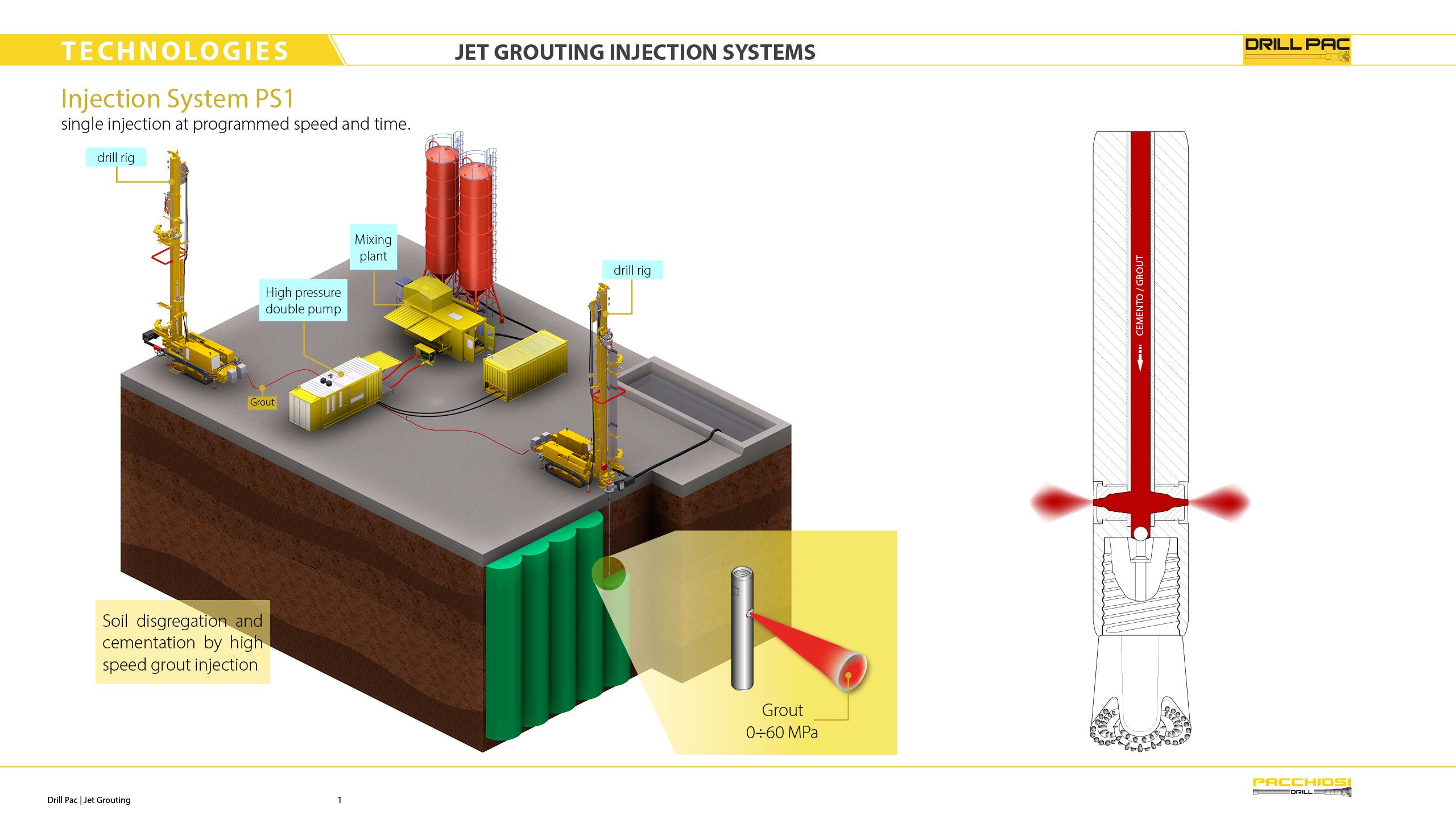 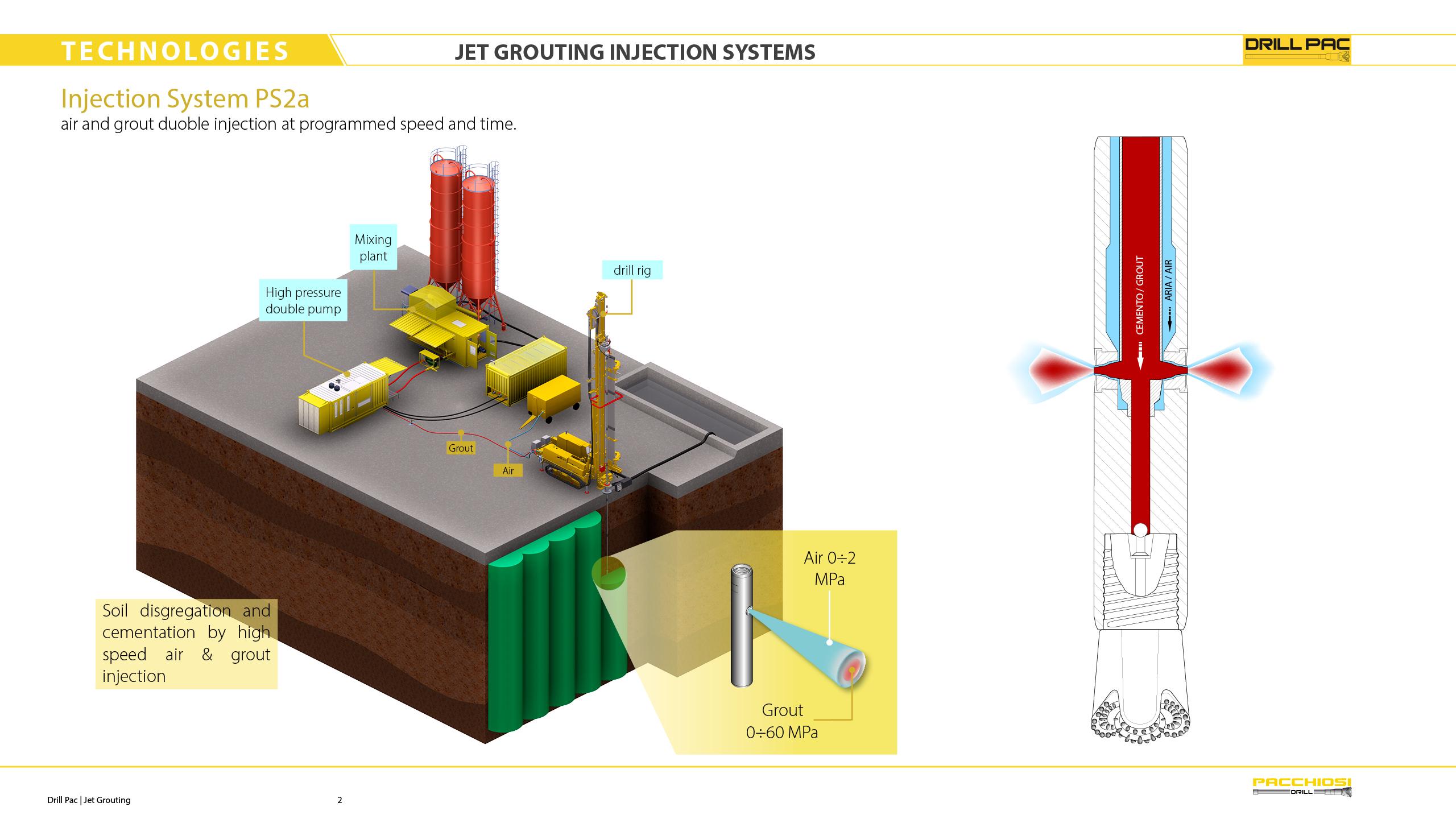 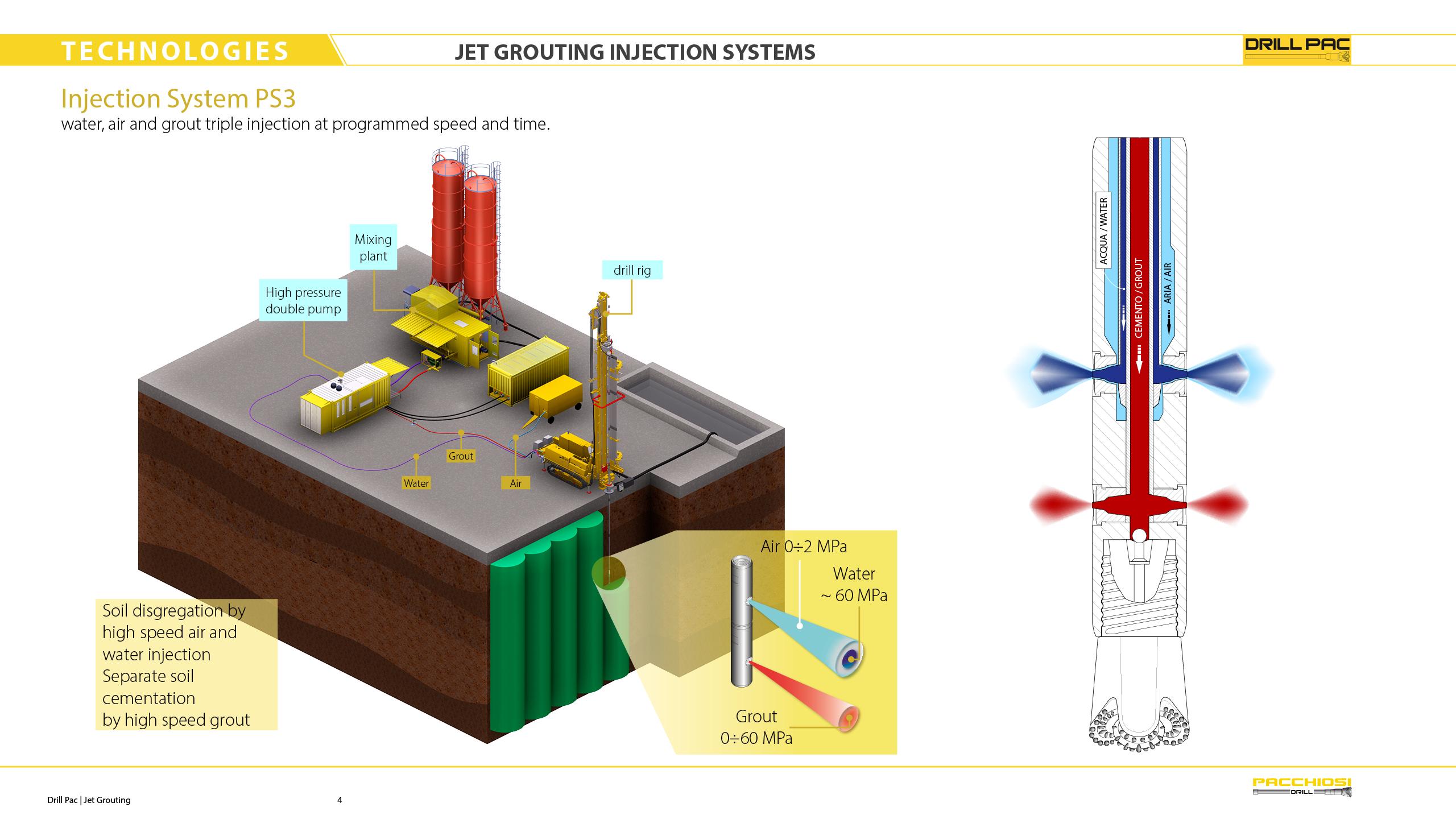